Tires represent a serious environmental concern on several fronts. Part of the risk lies with their chemical makeup. Toxins released from tire decomposition, incineration or accidental fires can pollute the water, air and soil. While 42 states regulate tire disposal to some degree, eight states have no restrictions on what you must do with your discarded tires. Even with laws in place, illegal dumping still occurs, presenting negative environmental impacts. Continue reading to learn about the effects of waste tires. 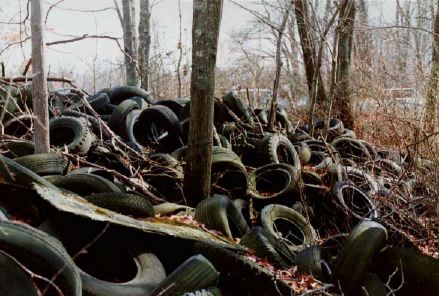 The U.S. Environmental Protection Agency estimates that while tires make up less than 2 percent of total municipal solid waste, nearly 5 million tons of tire waste was generated in 2007 alone; on average, only about 35 percent of rubber from tires is recycled. This means millions of tons of tire waste goes into already overcrowded landfills — only 11 states ban all tire waste in landfills. Technology has helped with this issue a bit, by making tires smaller and more durable, so more tires are repurposed with fewer ending up in landfills.

The EPA classifies tires as municipal solid waste rather than hazardous waste. Nevertheless, tires that are thrown away instead of recycled can cause serious environmental problems. The issues arise when the chemicals they contain are released into the environment — the breakdown of tires releases hazardous wastes. Tires contain oils that contaminate the soil; they also consist of heavy metals such as lead, that can persist in the environment and accumulate over time.

Another major concern of discarded tires is increased fire risk. When heated, tires become a fuel source. In fact, nearly 50 percent of recycled scrap tires find a second life in fuel generation. Fires fueled by tires can be more difficult to control and extinguish. In addition, the smoke contains toxic chemicals and particulate matter that poses human health consequences, such as a worsening of existing respiratory conditions.

Discarded tires present another environmental risk that may not be as obvious as waste generation. Tires can collect water and become a breeding ground for mosquitoes and other pests. This effect can, in turn, increase the risk for vector-borne diseases such as encephalitis. Rodents may also find habitat in tires. The U.S. Centers for Disease Control and Prevention recommends removing discarded tires from your property because of these possible health hazards. 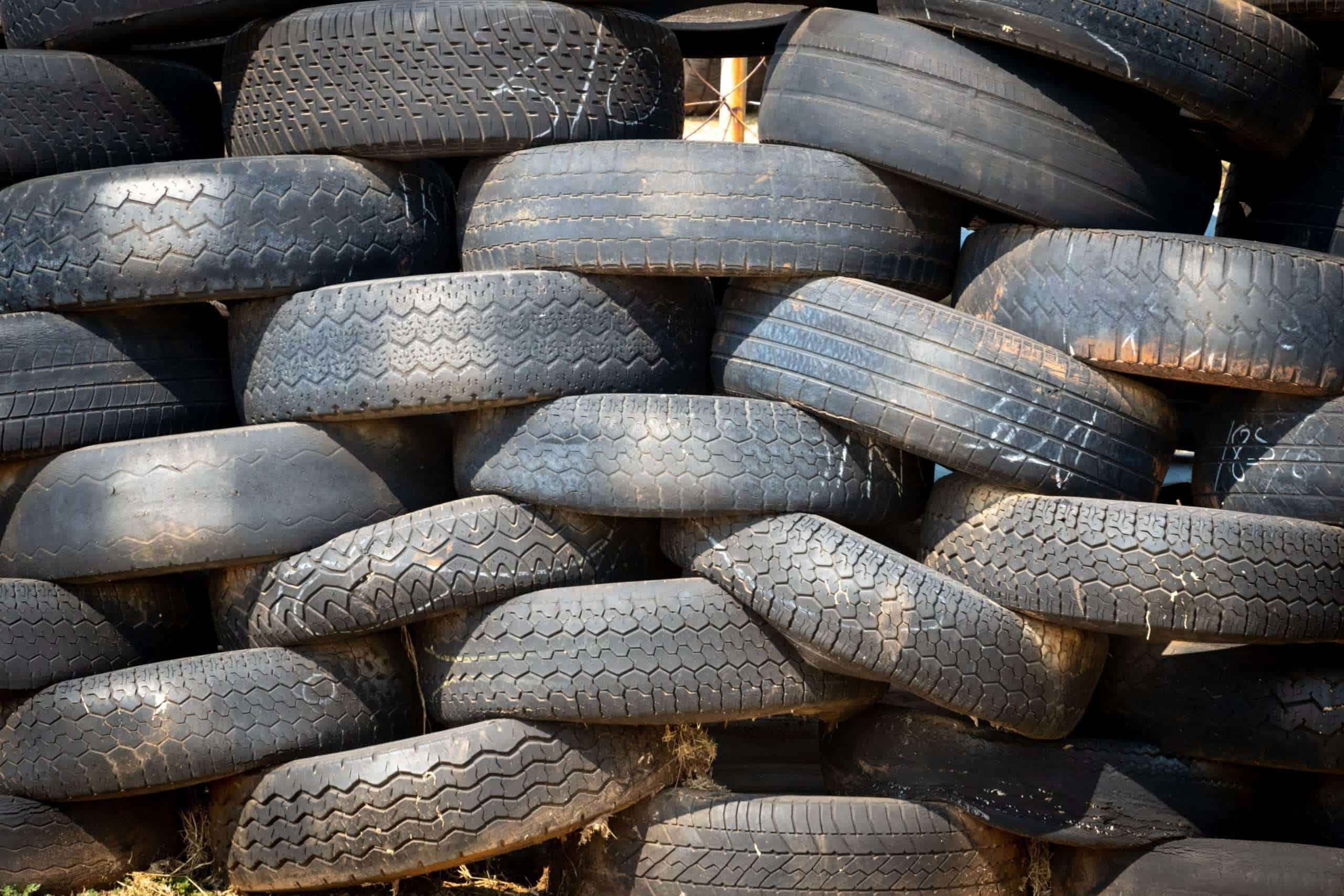 Why should we be recycling rubber? We’re surrounded by rubber; whether you’re on the road, in a parking lot, or driving your car, rubber is all around you. Rubber is…

Who has the most Sustainable Sign Base in America?

RubberForm did not invent making products from recycled scrap tire rubber and recycled plastic, RubberForm is perfecting it. Does your corporation need to find a world class recycled rubber and…

Who Is Buying Recycled Rubber?

We offer a very unique product at Rubberform, which may have left you wondering, who orders these products? Find out here. 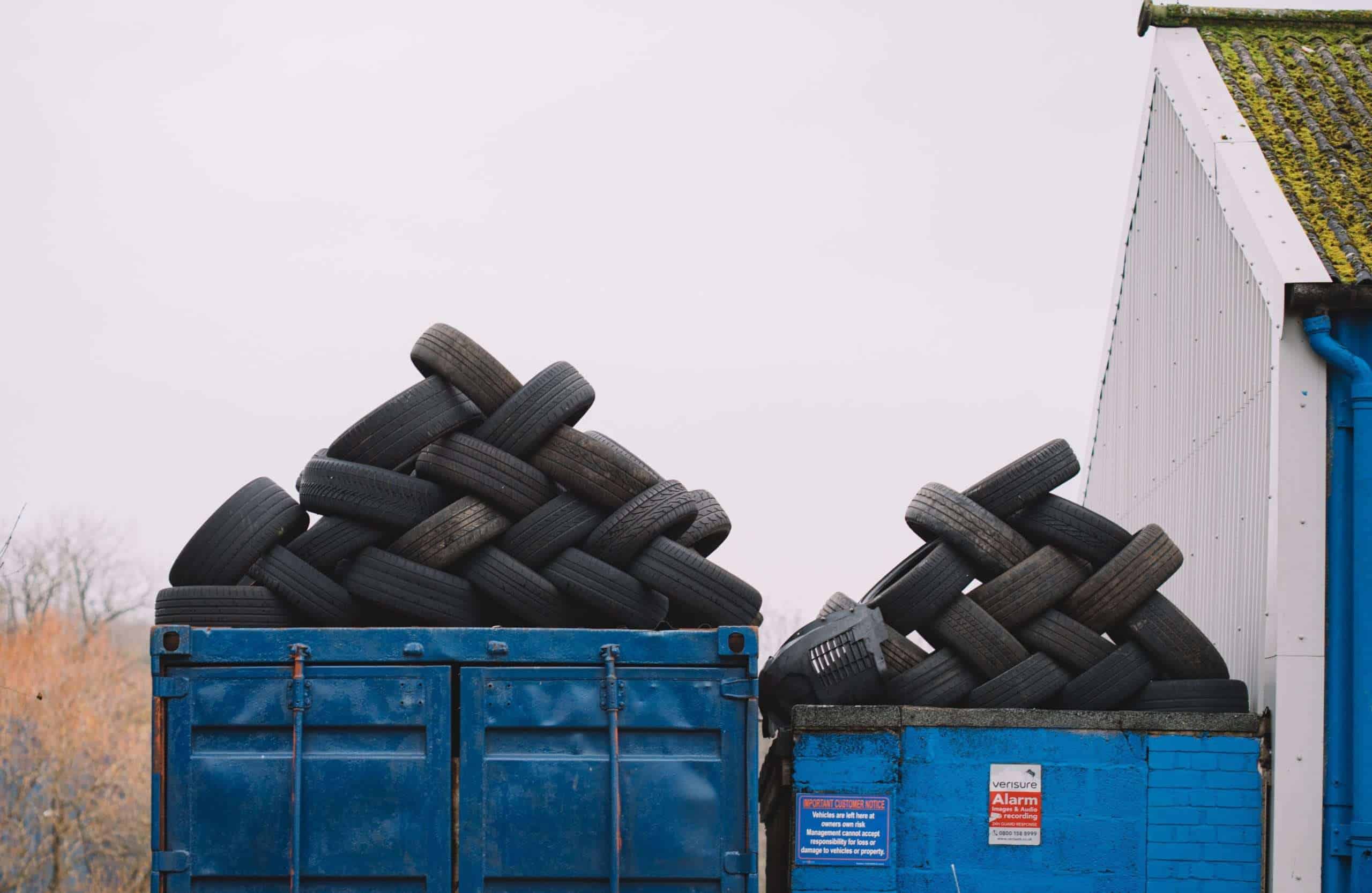 Rubber is a versatile material that is useful in every industry. Find out why reclaimed rubber is the best choice and how it could be the solution you need.

What does it mean to be “Green?”

Are you part of the quickly growing “going green” movement? Do you look for an organic label on your food, energy saver sticker on your appliances and ways to lower…

What is an Eco-Industrial Manufacturer?

A company that is considered “eco-industrial” has more involved than just efficiency. Eco-industrial manufacturing goes beyond the basics of complying with the law, cutting waste and operating efficiency.