It’s always gratifying to see RubberForm’s products in action, and the bigger the stage, the more exciting the experience.  On June 29, RubberForm had an important supporting role in a dress rehearsal for one of the premier venues in the country—the new Levi’s Stadium in Santa Clara, CA.

This new home for the San Francisco 49ers will open with a pre-season game against Denver on August 17.  To prepare, the City of Santa Clara, the Santa Clara Valley Transit Authority and team officials held a dry run to look at pedestrian and traffic flow, parking and other issues that may arise when 70,000 fans converge in just a few weeks.  Our sign bases and sign base weights were right in the middle of it all!

There our sign bases and added base weights were: directing VTA Transit pedestrian traffic; helping people get from Point A to Point B; generally contributing to visitor safety and well being… just like they’ll be doing in earnest  when the 49ers kick off.  It’s something we see RubberForm sign bases doing in other parking lots and high-traffic sites all across the country.  And just like any proud stage parent, we find the performance never gets old.  That’s because we can’t help but remember how far all our products came to get where they are now.

After all, it wasn’t so long ago that those sign bases were at the end of their careers as scrap tires.  They were headed to a landfill or scrap tire processing plant somewhere in the United States.  But where other people might have seen ugly piles of scrap tires, we saw great potential.  We took tons of scrap tire crumb rubber—which is ground up scrap tires—and ran it through our innovative recycling rubber molding plant to produce environmentally friendly products that still have their very best years ahead of them!

True, our products aren’t the headliners at the places they appear (sort of like actors you always recognize but can’t name).  RubberForm is frequently cast when traffic and parking lot safety is a major concern,  and along with our sign bases, we also have products playing at road construction, industrial, hospitality and marine locations.

No, people won’t go to Levi’s Stadium to see our RubberForm sign bases.  But that doesn’t lessen our pride in being there … or any other of the thousands of places that RubberForm products appear.  They’re helping travelers reach their destinations, protecting property and lives, and ensuring that people have a better time—all while making the world a little greener.  As far as we’re concerned, that’s the role of a lifetime. 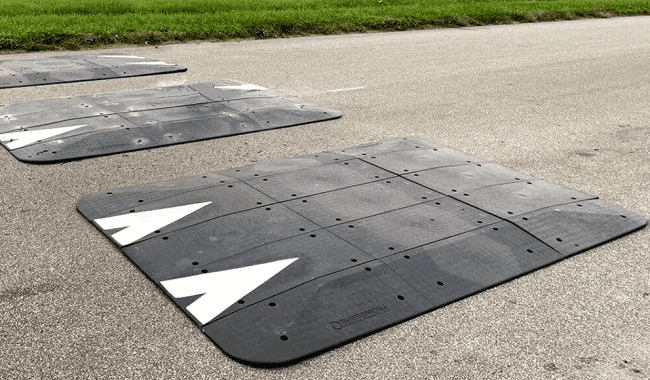 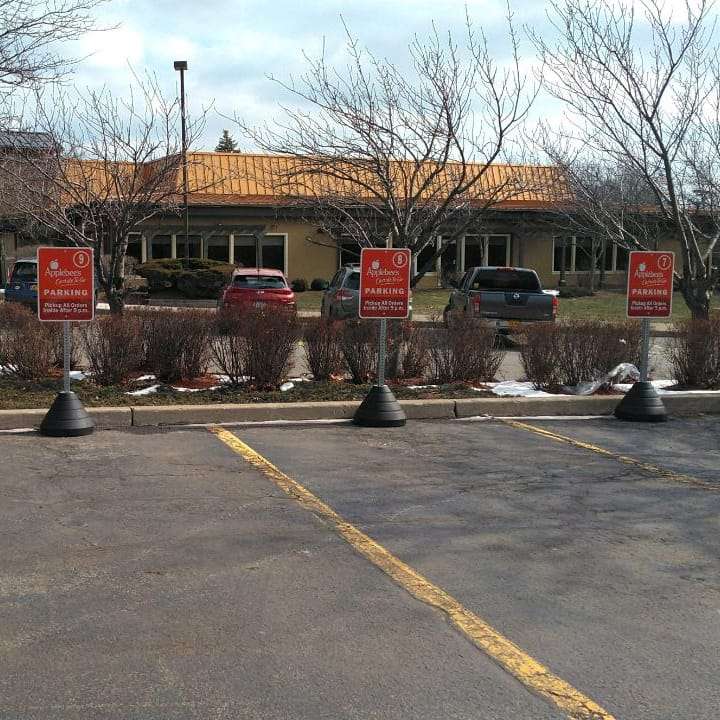 A plethora of features go into creating a functioning parking lot, and many factors must be taken into consideration when thinking about parking lot safety.  It’s vital to keep in… 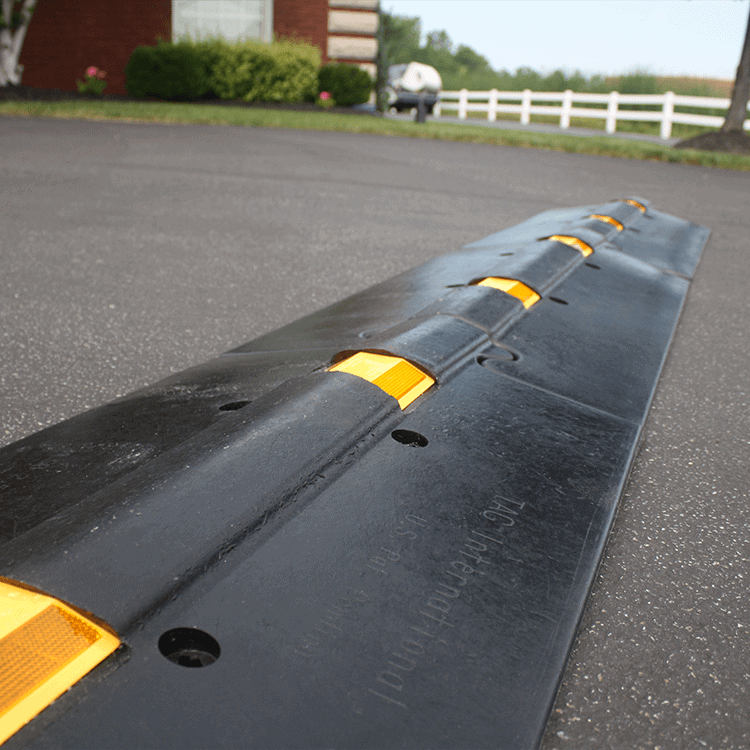 The Best Speed Bumps Options On The Market

Why You Need to Learn About RubberForm’s Different Speed Bumps Are you looking for the best speed bumps on the market? Many business owners are. Speeding is a factor in…

What’s The Difference between Speed Bumps and Speed Humps?

Road installations find themselves in one of those “to-ma-to” and “to-mae-to” situations. Look at speed bumps and speed humps, for example. Everybody uses them interchangeably, nobody knows who’s right, and…

How to Set Up Your Business for Curbside Pickup

Businesses all over the world were dealt a heavy blow to their sales in 2020 due to the Covid-19 pandemic, creating one hell of a challenging year for companies large…

Why Use Rubber Wheel Stops over Concrete Parking Stops?

Parking Lot Wheel Stops are installed in many parking lots large and small to help in ensuring vehicles come to a stop and prevent damage to buildings, sidewalks, curbs and…